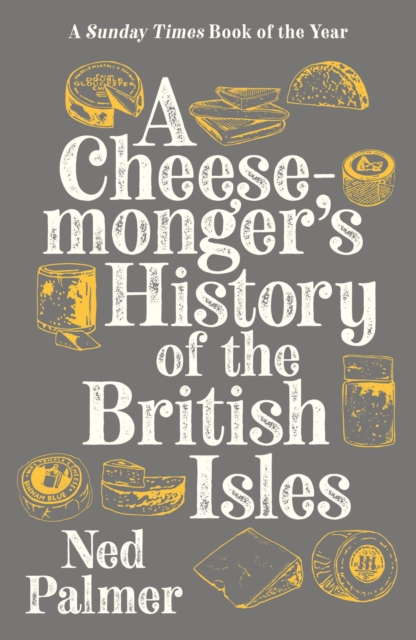 A Cheesemonger’s History of the British Isles

Reserve a copy of A Cheesemonger’s History of the British Isles for collection at the Marlow Bookshop. If you provide your email address below, we will contact you when this item is ready for collection. For delivery by post add the address to the order notes and we will be in touch to arrange payment.

Every cheese tells a story. Whether it’s a fresh young goat’s cheese or a big, beefy eighteen-month-old Cheddar, each variety holds the history of the people who first made it, from the builders of Stonehenge to medieval monks, from the Stilton-makers of the eighteenth-century to the factory cheesemakers of the Second World War. Cheesemonger Ned Palmer takes us on a delicious journey across Britain and Ireland and through time to uncover the histories of beloved old favourites like Cheddar and Wensleydale and fresh innovations like the Irish Cashel Blue or the rambunctious Renegade Monk.

Along the way we learn the craft and culture of cheesemaking from the eccentric and engaging characters who have revived and reinvented farmhouse and artisan traditions. And we get to know the major cheese styles – the blues, washed rinds, semi-softs and, unique to the British Isles, the territorials – and discover how best to enjoy them, on a cheeseboard with a glass of Riesling, or as a Welsh rarebit alongside a pint of Pale Ale.