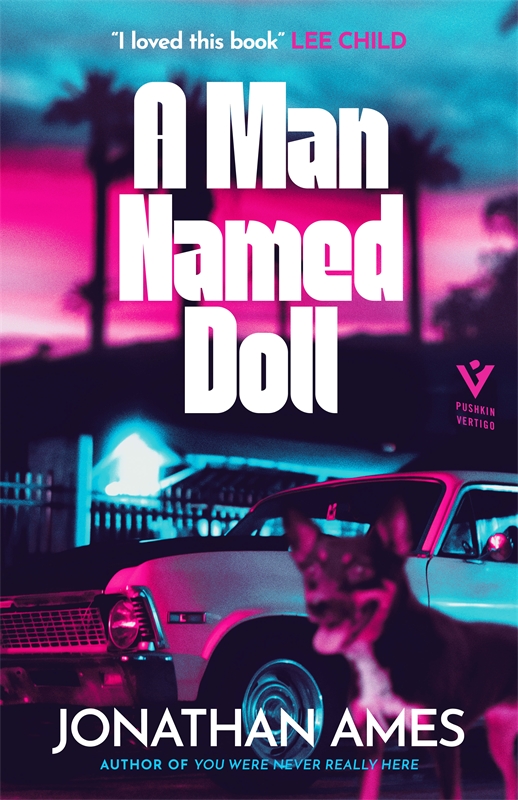 Reserve a copy of A Man Named Doll for collection at the Marlow Bookshop. If you provide your email address below, we will contact you when this item is ready for collection. For delivery by post add the address to the order notes and we will be in touch to arrange payment.

Happy Doll is a charming, if occasionally inexpert, private detective living just one sheer cliff beneath the glass houses of Mulholland Drive with his beloved half-Chihuahua half-Terrier, George.

A veteran of both the Navy and LAPD, Doll now works through the night at a local Thai spa that offers its clients a number of special services. Armed with his sixteen-inch steel telescope baton, biting dry humour, and just a bit of a hero complex, the ex-cop sets out to protect the mostly undocumented immigrant women who work there from clients who won’t take “no” for an answer.

Doll gets by just fine following his two basic rules: bark loudly and act first. But when things get out-of-hand with one particularly violent patron, even he finds himself wildly out of his depth.

A Man Named Doll is a highly addictive and completely unpredictable joyride through the sensuous and violent streets of LA – and a scathing indictment of the corruption, vanity, and inequality that plagues it.