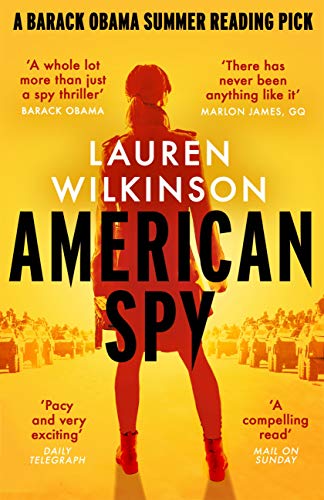 Reserve a copy of American Spy for collection at the Marlow Bookshop. If you provide your email address below, we will contact you when this item is ready for collection. For delivery by post add the address to the order notes and we will be in touch to arrange payment.

What if your sense of duty required you to betray the man you love?

It’s 1986, the heart of the Cold War. Marie Mitchell is an intelligence officer with the FBI. She’s brilliant and talented, but she’s also a black woman working in an all-white boys’ club, and her career has stalled with routine paperwork – until she’s recruited to a shadowy task force aimed at undermining Thomas Sankara, the charismatic, revolutionary president of Burkina Faso, whose Communist ideology has made him a target for American intervention.

In the year that follows, Marie will observe Thomas, seduce him, and ultimately, have a hand in the coup that will bring him down. But doing so will change everything she believes about what it means to be a spy, a lover, and a good American.