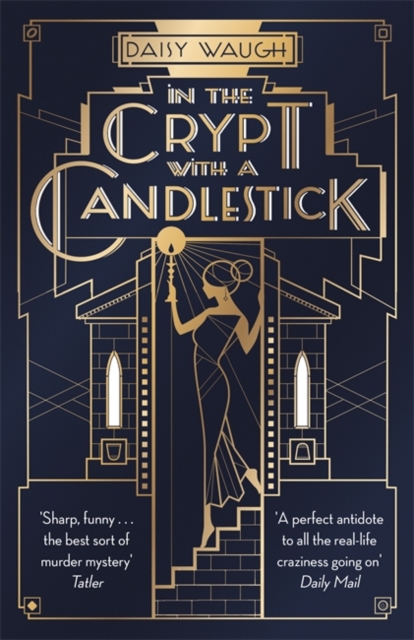 In the Crypt with a Candlestick

Reserve a copy of In the Crypt with a Candlestick for collection at the Marlow Bookshop. If you provide your email address below, we will contact you when this item is ready for collection. For delivery by post add the address to the order notes and we will be in touch to arrange payment.

Sir Ecgbert Tode of Tode Hall has survived to a grand old age – much to the despair of his younger wife, Emma. But at ninety-three he has, at last, shuffled off the mortal coil.

Emma, Lady Tode, thoroughly fed up with being a dutiful Lady of the Manor, wants to leave the country to spend her remaining years in Capri. Unfortunately her three tiresome children are either unwilling or unable (too mad, too lefty or too happy in Australia) to take on management of their large and important home, so the mantle passes to a distant relative and his glamorous wife.

Not long after the new owners take over, Lady Tode is found dead in the mausoleum. Accident? Or is there more going on behind the scenes of Tode Hall than an outsider would ever guess….?

In the traditions of two great but very different British writers, Agatha Christie and P.G. Wodehouse, Waugh’s hilarious and entirely original twist on the country house murder mystery comes complete with stiff upper lips, even stiffer drinks, and any stiffs that might embarrass the family getting smartly brushed under the carpet…