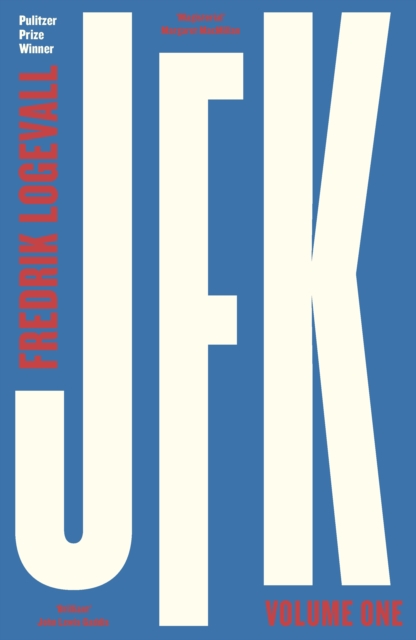 The Pulitzer Prize-winning historian takes us as close as we have ever been to the real John F. Kennedy in this revelatory biography of the iconic, yet still elusive, thirty-fifth president.

By the time of his assassination in 1963, John F. Kennedy stood at the helm of the greatest power the world had ever seen. Born in 1917 to a striving Irish American family that had become among Boston’s wealthiest, Kennedy knew political ambition from an early age, and his meteoric rise to become the youngest elected president cemented his status as one of the most mythologized figures in modern history. And while hagiographic portrayals of his dazzling charisma, reports of his extramarital affairs, and disagreements over his political legacy have come and gone in the decades since his untimely death, these accounts all fail to capture the full person.

Beckoned by this gap in our historical knowledge, Harvard professor Fredrik Logevall has spent much of the last decade combing through material unseen or unused by previous biographers, searching for and piecing together the ‘real’ John F. Kennedy. The result of this prodigious effort is a sweeping two-volume biography that for the first time properly contextualizes Kennedy’s role in the international events of the twentieth century. This volume spans the first thirty-nine years of JFK’s life – from birth through his decision to run for president – to reveal his early relationships, his formative and heroic experiences during World War II, his ideas, his bestselling writings, his political aspirations, and the role of his father, wartime ambassador to Britain. In examining these pre-White House years, Logevall shows us a more serious, independently minded Kennedy than we’ve previously known.

In chronicling Kennedy’s extraordinary life and times, with authority and novelistic sensibility, putting the reader in every room where it happened, this landmark work offers the clearest portrait we have of a remarkable figure who still inspires individuals around the world.