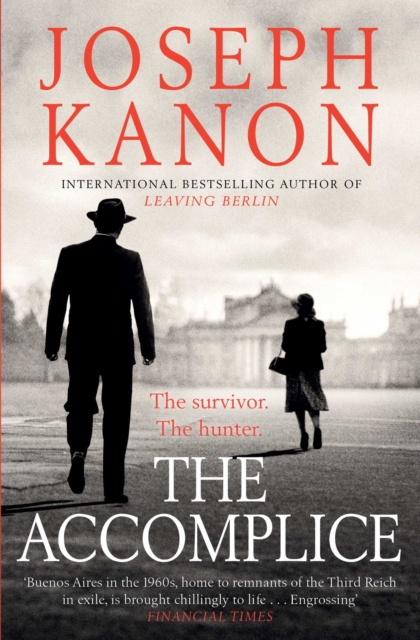 Reserve a copy of The Accomplice for collection at the Marlow Bookshop. If you provide your email address below, we will contact you when this item is ready for collection. For delivery by post add the address to the order notes and we will be in touch to arrange payment.

Seventeen years after the fall of the Third Reich. Max Weill has never forgotten the face of Otto Schramm, a doctor who worked with Mengele on appalling experiments and who sent Max’s family to the gas chambers. A Nazi war criminal who is supposed to be dead.

When Schramm escaped to South America after the war, Max swore to one day bring him back to Germany to stand trial. With his life now nearing its end, he asks his nephew Aaron Wiley – a CIA desk analyst – to capture the doctor. And the rogue CIA agent on his trail.

In Buenos Aires, and unable to distinguish allies from enemies, Aaron must test the boundaries of his own personal morality and ultimately decide: how far is he prepared to go to render justice?