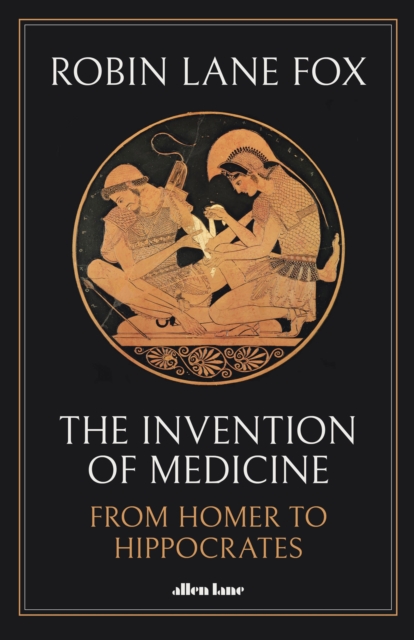 The Invention of Medicine: From Homer to Hippocrates

Reserve a copy of The Invention of Medicine: From Homer to Hippocrates for collection at the Marlow Bookshop. If you provide your email address below, we will contact you when this item is ready for collection. For delivery by post add the address to the order notes and we will be in touch to arrange payment.

Medicine is one of the great fields of achievement of the Ancient Greeks. Hippocrates is celebrated worldwide as the father of medicine and the Hippocratic Oath is admired throughout the medical profession as a founding statement of ethics and ideals. In the fifth century BC, Greeks even wrote of medicine as a newly discovered craft they had invented.

Robin Lane Fox’s remarkable book puts their invention of medicine in a wider context, from the epic poems of Homer to the first doctors known to have been active in the Greek world. He examines what we do and do not know about Hippocrates and his Oath and the many writings that survive under his name. He then focuses on seven core texts which give the case histories of named individuals, showing that books 1 and 3 belong far earlier than previously recognised.

Their re-dating has important consequences for the medical awareness of the great Greek dramatists and the historians Herodotus and Thucydides. Robin Lane Fox pieces together the doctor’s thinking from his terse observations and relates it in a new way to the history of Greek prose and ideas. This original and compelling book opens windows onto many other aspects of the classical world, from women’s medicine to street-life, empire, art, sport, sex and even botany.

It fills a dark decade in a new way and carries readers along an extraordinary journey form Homer’s epics to the grateful heirs of the Greek case histories, first in the Islamic world and then in early modern Europe.