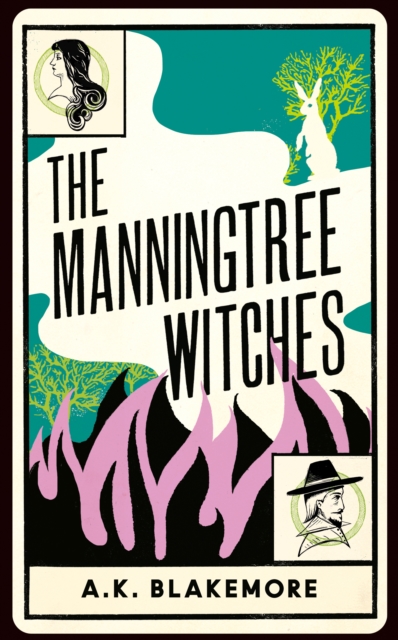 Reserve a copy of The Manningtree Witches for collection at the Marlow Bookshop. If you provide your email address below, we will contact you when this item is ready for collection. For delivery by post add the address to the order notes and we will be in touch to arrange payment.

England, 1643. Parliament is battling the King; the war between the Roundheads and the Cavaliers rages.

Puritanical fervour has gripped the nation, and the hot terror of damnation burns black in every shadow. In Manningtree, depleted of men since the wars began, the women are left to their own devices. At the margins of this diminished community are those who are barely tolerated by the affluent villagers – the old, the poor, the unmarried, the sharp-tongued.

Rebecca West, daughter of the formidable Beldam West, fatherless and husbandless, chafes against the drudgery of her days, livened only by her infatuation with the clerk John Edes. But then newcomer Matthew Hopkins takes over the Thorn Inn and begins to ask questions about the women of the margins. When a child falls ill with a fever and starts to rave about covens and pacts, the questions take on a bladed edge.

The Manningtree Witches plunges its readers into the fever and menace of the English witch trials, where suspicion, mistrust and betrayal ran amok as the power of men went unchecked and the integrity of women went undefended. It is a visceral, thrilling book that announces a bold new talent.