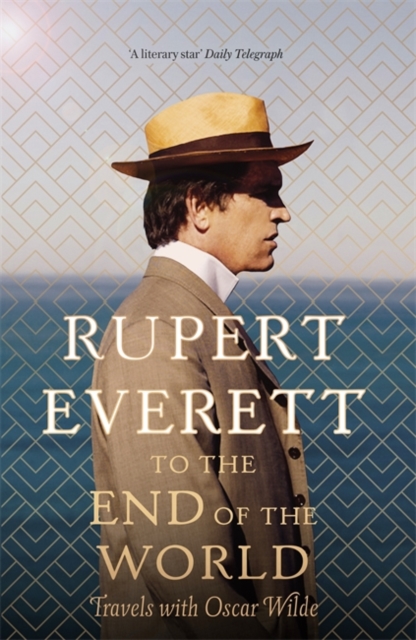 To the End of the World

Reserve a copy of To the End of the World for collection at the Marlow Bookshop. If you provide your email address below, we will contact you when this item is ready for collection. For delivery by post add the address to the order notes and we will be in touch to arrange payment.

They say that sometimes ghosts don’t realise they’re dead and wander around screaming because no one is paying them any attention. Well, in show business you may have been dead five years before you finally twig. You howl around the corridors of power while the elect march straight through. Then one day you catch yourself in a mirror and there is nothing looking back.

In his highly anticipated third memoir, Rupert Everett tells the story of how he set out to make a film of Oscar Wilde’s last days, and how that ten-year quest almost destroyed him. (And everyone else.)

Travelling across Europe for the film, he weaves in extraordinary tales from his past, remembering wild times, freak encounters and lost friends. There are celebrities, of course. But we also meet glamorous but doomed Aunt Peta, who introduces Rupert (aged three) to the joys of make-up. In ’90s Paris, his great friend Lychee burns bright, and is gone. While in ’70s London, a ‘weirdly tall, beyond size zero’ teenage Rupert is expelled from the Central School of Speech and Drama.

Unflinchingly honest and hugely entertaining, To the End of the World offers a unique insight into the ‘snakes and ladders’ of filmmaking. It is also a soulful and thought-provoking autobiography from one of our best-loved and most talented actors and writers.