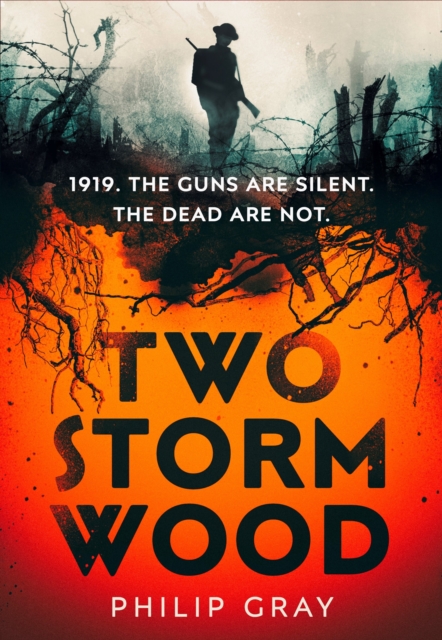 Reserve a copy of Two Storm Wood for collection at the Marlow Bookshop. If you provide your email address below, we will contact you when this item is ready for collection. For delivery by post add the address to the order notes and we will be in touch to arrange payment.

THE GUNS ARE SILENT. THE DEAD ARE NOT.

1919. On the desolate battlefields of northern France, the guns of the Great War are silent. Special battalions now face the dangerous task of gathering up the dead for mass burial.

Captain Mackenzie, a survivor of the war, cannot yet bring himself to go home. First he must see that his fallen comrades are recovered and laid to rest. His task is upended when a gruesome discovery is made beneath the ruins of a German strongpoint.

Amy Vanneck’s fiancé is one soldier lost amongst many, but she cannot accept that his body may never be found. She heads to France, determined to discover what became of the man she loved.

It soon becomes clear that what Mackenzie has uncovered is a war crime of inhuman savagery. As the dark truth leaches out, both he and Amy are drawn into the hunt for a psychopath, one for whom the atrocity at Two Storm Wood is not an end, but a beginning.