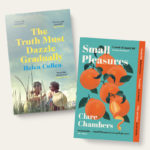 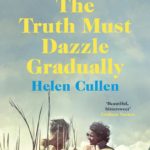 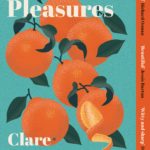 A virtual event with Clare Chambers and Helen Cullen

This event has now passed

We are thrilled to be hosting a Zoom event with Clare Chambers and Helen Cullen on Thursday 15th July to discuss their wonderful novels, Small Pleasures and The Truth Must Dazzle Gradually, both firm favourites at the Marlow Bookshop.

1957, south-east suburbs of London. Jean Swinney is a feature writer on a local paper, disappointed in love and – on the brink of forty – living a limited existence with her truculent mother: a small life from which there is no likelihood of escape.

When a young Swiss woman, Gretchen Tilbury, contacts the paper to claim that her daughter is the result of a virgin birth, it is down to Jean to discover whether she is a miracle or a fraud. But the more Jean investigates, the more her life becomes strangely (and not unpleasantly) intertwined with that of the Tilbury’s: Gretchen is now a friend, and her quirky and charming daughter Margaret a sort of surrogate child. And Jean doesn’t mean to fall in love with Gretchen’s husband, Howard, but Howard surprises her with his dry wit, his intelligence and his kindness – and when she does fall, she falls hard.

But he is married, and to her friend – who is also the subject of the story she is researching for the newspaper, a story that increasingly seems to be causing dark ripples across all their lives. And yet Jean cannot bring herself to discard the chance of finally having a taste of happiness…

But there will be a price to pay, and it will be unbearable.

THE TRUTH MUST DAZZLE GRADUALLY by Helen Cullen

On an island off the west coast of Ireland, the Moone family gather, only to be shattered by tragedy.

Murtagh Moone met Maeve Morelli twenty-seven years ago outside Trinity College in Dublin, and the rest was history. Murtagh is a potter by trade and Maeve an actor from Williamsburg, whose days divide starkly into darkness and light. As they raise their four children in the tight-knit community on the island of Inis Og, her illness casts a long shadow over their happiness. Until Christmas Eve, when the darkest day comes.

As the Moones piece themselves imperfectly back together, they begin to learn surprising truths about each other and about themselves – truths that only Maeve understood.

Book a place at the event