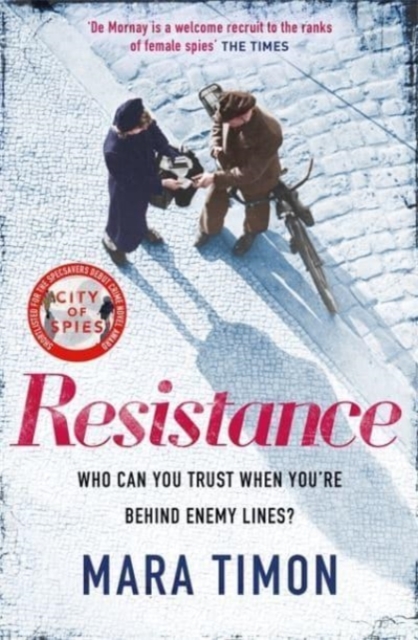 Reserve a copy of Resistance for collection at the Marlow Bookshop. If you provide your email address below, we will contact you when this item is ready for collection. For delivery by post add the address to the order notes and we will be in touch to arrange payment.

May 1944. When spy Elisabeth de Mornay, code name Cecile, notices a coded transmission from an agent in the field does not bear his usual signature, she suspects his cover has been blown – something that is happening with increasing frequency. With the situation in Occupied France worsening and growing fears that the Resistance has been compromised, Cecile is ordered behind enemy lines.

Having rendezvoused with her fellow agents, Leonie and Dominique, together they have one mission: help the Resistance destabilise German operations to pave the way for the Normandy landings. But the life of a spy is never straightforward, and the in-fighting within the Resistance makes knowing who to trust ever more difficult. With their lives on the line, all three women will have to make decisions that could cost them everything – for not all their enemies are German.